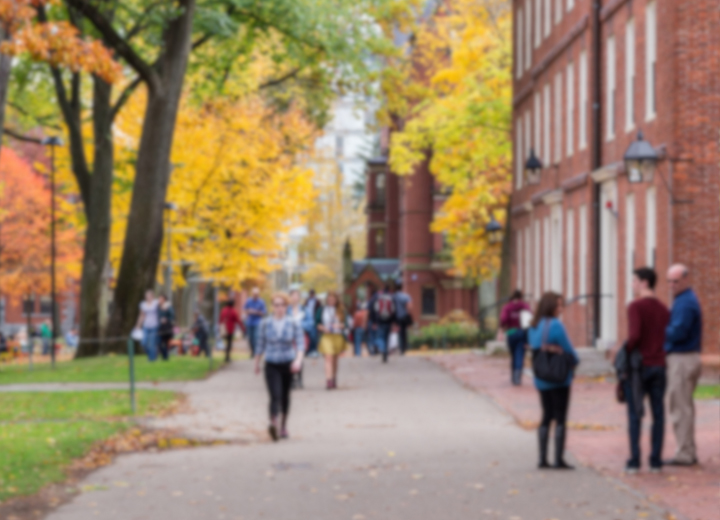 A Thoughtful Approach to School Security

What if we gave security more forethought?
By Tod Stevens 0 comments | December 5, 2018

I’ve dedicated my career to education architecture. With nearly two decades in this field, I’ve experienced the many ways in which buildings have had to adapt to meet the expectations of students and faculty. For instance, in the past 10 years there have been more than 15 versions of the iPhone – that’s fast-moving technology! As architects and planners, we’ve become use to being nimble and designing flexible spaces that can work with technologies not yet invented.

Similarly, sustainability goals for projects are discussed early in the design process. We’ve achieved LEED certification on more than 250 buildings and in each the sustainability goals have influenced a building’s design or selection of materials and supplies. How can this same approach be applied to school security?

But not everything has been as timely in its evolution. Safety, for example, is handled much the same as it was 20 years ago, despite an increase in school violence. Unlike issues surrounding technology and environmental design where goals are now set and budgeted for from the onset of the project, security conversations lag, and happen late in the process and at that time with little room left to change the trajectory of the initial design ideas. Security discussions center on additive solutions like hardware, security, and cameras, rather than passive solutions like layout and exits. What if we gave security the same kind of forethought?

One of my first introductions to school security came in a landscape meeting for a project at Central Michigan University in the early 2000’s. The campus came ready to discuss how landscape design could promote safety for students and had created standards around crime prevention using natural environmental factors – landscaping, lighting, paths, etc. to minimize loss and crime. I appreciated their dedication to not only beautifying the campus but using the resources at hand to create an environment that was safer than it was before.

We all know there is an issue with school violence across the globe. In the United States, school violence, specifically the threat of an active shooter, tends to be premeditated and executed with a strict plan in mind. How do we combat the desire to do serious harm to as many people as possible? I would argue that while architecture, engineering and landscape architecture won’t solve every problem, they should be considered as part of the solution.

There were 11 firearm-related events that occurred at a school or campus in the first 23 days of 2018 – and by early March the statistic increased again with an incident at Central Michigan University. The school followed their safety procedures and sheltered-in-place as the tragic shooting unfolded. This event hit me hard knowing the people it affected personally.

Coincidentally, I attended a conference weeks later where I was introduced to Frank DeAngelis and Kristina Anderson. Both survivors of school violence, Frank was the Principal of Columbine High School in 1999, and Kristina was a student at Virginia Tech during the shooting of 2007. Their first-hand presentation added gravity to this subject and really was a catalyst to how I think about safety in the educational design process.

What I found interesting was that both Frank and Kristina talked about feeling as though time slowed down. Frank, as he grabbed his keys and, almost through reflex, found the correct one, out of the hundreds; and Kristina, counting the footsteps she heard. Listening to their unique, yet similar, experiences got me thinking: how would it have been different if security had been an intentional part of the building’s design process? We’ll never truly know until we start bringing up safety sooner in design discussions.

Let’s Begin with Safety in Mind

I now find myself researching school security and searching for answers that both promote transparency and openness – which are good for learning – while balancing safety and security for occupants. What I know to be critical is how and when we negotiate these questions. Much like environmental and technology design, which has enjoyed the benefits of the team’s thinking early in the design process, posing security and safety questions at the onset of a project will allow us to systematically vet different designs through this unique lens. We can then begin each project by prioritizing safety. As architects dedicated to educational environments, we need to bring security to the table earlier in the design process and take advantage of this precious time.

According to “The American Freshman: National Norms Fall 2015,” an annual survey put out by UCLA, nearly 80 percent of incoming freshman lived in on-campus student housing last fall. And more than 40 percent of those same students said they chose their college...