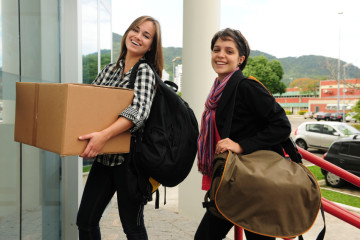 The beauty of the on-campus housing model is that it can be altered to suit the needs of any public or private institution.
By Progressive AE 0 comments | March 25, 2015

On-campus accommodations have recently become a bigger selling point for some colleges and a major pain point for others. With more than 7,000 post-secondary schools vying for student enrollment, many institutions tout their housing options as a major competitive advantage. When comparing universities, students judge housing options on quality and convenience. Parents are in-tune to other qualities, such as safety, security, and cost.

Life on campus has historically created a more all-encompassing learning environment for students. Those who live on-campus are more likely to graduate, hold a higher GPA, have a more complete college experience, and become a more involved alumnus. Of the ten universities with the highest percentage of on-campus students, eight were ranked among the top ten in U.S. News Best National Universities rankings. Although the culmination of these positive effects should generate a push for students to live on-campus, the opposite is shown for most four-year universities. In two-year institutions, the preference for off-campus housing is even more evident. 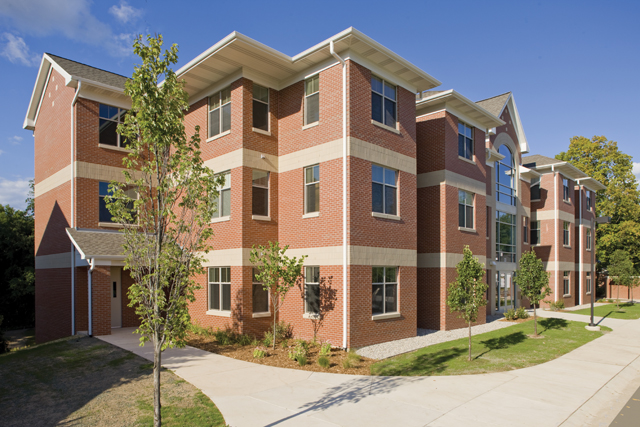 Now, universities are not just competing with one another in the quest for optimal housing. Private developers are bringing the competition straight to the university’s doorstep. The convenience factor of living on university grounds is being pushed out of the picture, as private developers often build right outside of campus boundaries and offer competitive rental rates and fewer rules. For decades, there has been a shift between sophomore and junior year as students, who previously lived in dorms and on-campus housing, migrate off campus.

The competition for student tenants is a multifaceted one. On one hand, off-campus developers are able to produce a cheaper product, utilizing trendy, transient materials without the burden of university-driven standards. As a trade-off for a morning commute, off-campus housing can also provide a sense of independence for some students. But those benefits are offset by the benefits of living on-campus, which offers increased student safety, increased accessibility to campus amenities, and a good environment for socialization and student body camaraderie. 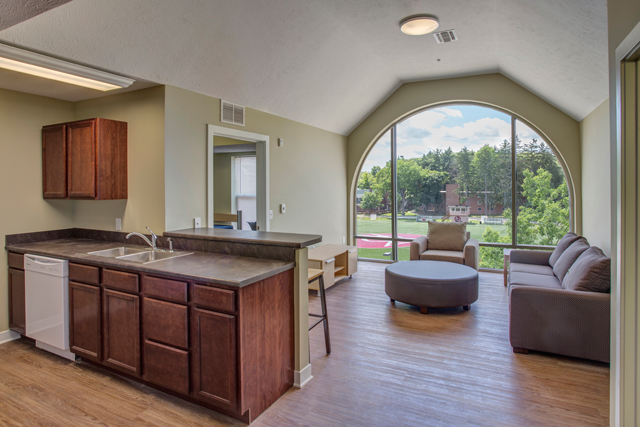 The beauty of the on-campus housing model is that it can be altered to suit the needs of any public or private institution. Unlike blanket models or cookie-cutter housing, the innovative model is highly adaptive, much like the university institution itself, meeting the unique needs of its students. The balance of campus housing styles is a multi-faceted solution that not only keeps existing students on-campus longer, but also drives new students to the university.

By Ned Baxter, AIA Mid-century buildings form the heart of many American college and university campuses. Built to satisfy the […]

The museum will provide “hands-on” learning opportunities for all academic disciplines at Hope College.