Archroma is an international chemical company, headquartered in Reinach Switzerland, specializing in dye and specialty chemicals.

Archroma America’s headquarters serves its operations in North and South America which includes research labs and shared services offices. Archoma occupied portions of a five building campus mostly built in the 1950’s with its former parent company Clariant. Labs were spread across three of those buildings, while Archroma’s windowless cinder-block walled private offices were located in all five. Each employee had their own office.

The goal of our project was to provide Archroma with a mini-campus (two buildings) of their own where all lab functions could be co-located in one larger lab facility to share resources and allow employees to collaborate across business units.

The space is vivid. Archroma is a company that makes pigments, dyes, and color recipes, so bold color is important- except for in the lab- where a clean slate is important, as they create colors.

Almost all employees moved to low open workstations to save on real estate footprint and provide a visual reminder that they are part of a larger organization (HR retained offices for confidential conversations). One of the people happiest with his new 6’x8’ footprint was Andreas Lotz, Head of Sales Americas at the time of the project, who moved out of a private office with its own conference table.

Progressive AE used in-house resources to create Archroma’s new testing and research lab facility, by studying worker and experiment flow. This study coincided with incorporation of new European equipment and inventory of equipment to be relocated from the Archroma facilities in Charlotte, NC and Spartanburg, SC. 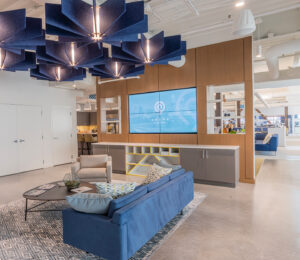 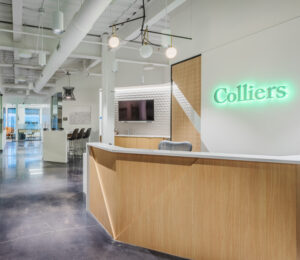 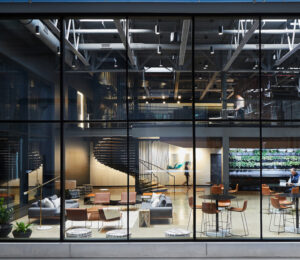 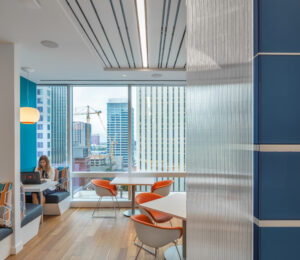 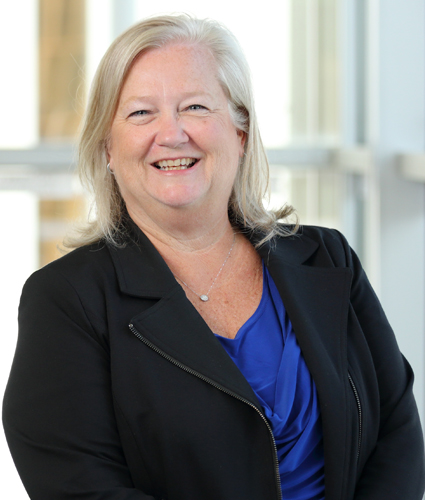 Practice leaders Kim Marks and David Shull discuss opportunities and challenges for industrial workplaces and their employees in the post-COVID era.