King’s Square Shopping Center is located between Charlotte’s rapidly growing and historic Cherry neighborhood, and the Metropolitan, a modern mixed-use development. Small and unimpressive, the single height structure was the epitome of a traditional suburban strip mall. However, given its prime location, the small lot had a lot of untapped potential.

RESULTS
To allow businesses to stay open during construction, design elements were applied to the existing structure. Towers add a touch of visual interest and work to break up the old uniform look. Previously sporting an all brown color palette, the design team updated the building’s exterior using a modern colors and accents. To make room for a tenant with larger space needs, two store spaces were combined to turn the plaza from seven to six stores. By extending the building overhang outward, tenants now have additional outdoor space that can be used for seating, adding to the mall’s live-work-play aesthetic. 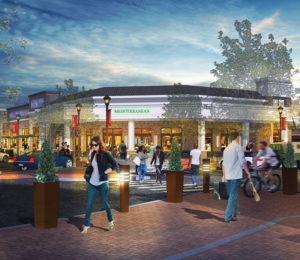 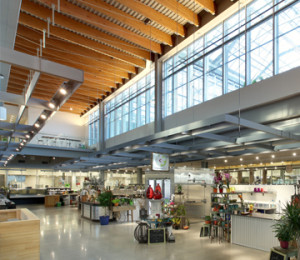 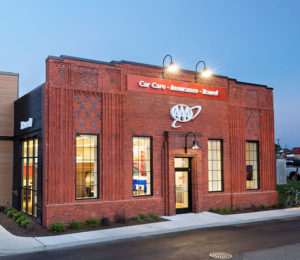 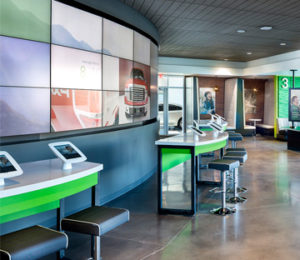 By blending digital experience with intuitive perspective from customers, retailers can employ technology in new ways to enhance the traditional shopping experience.

By balancing technology and human interaction, retailers can have an active online and physical presence.