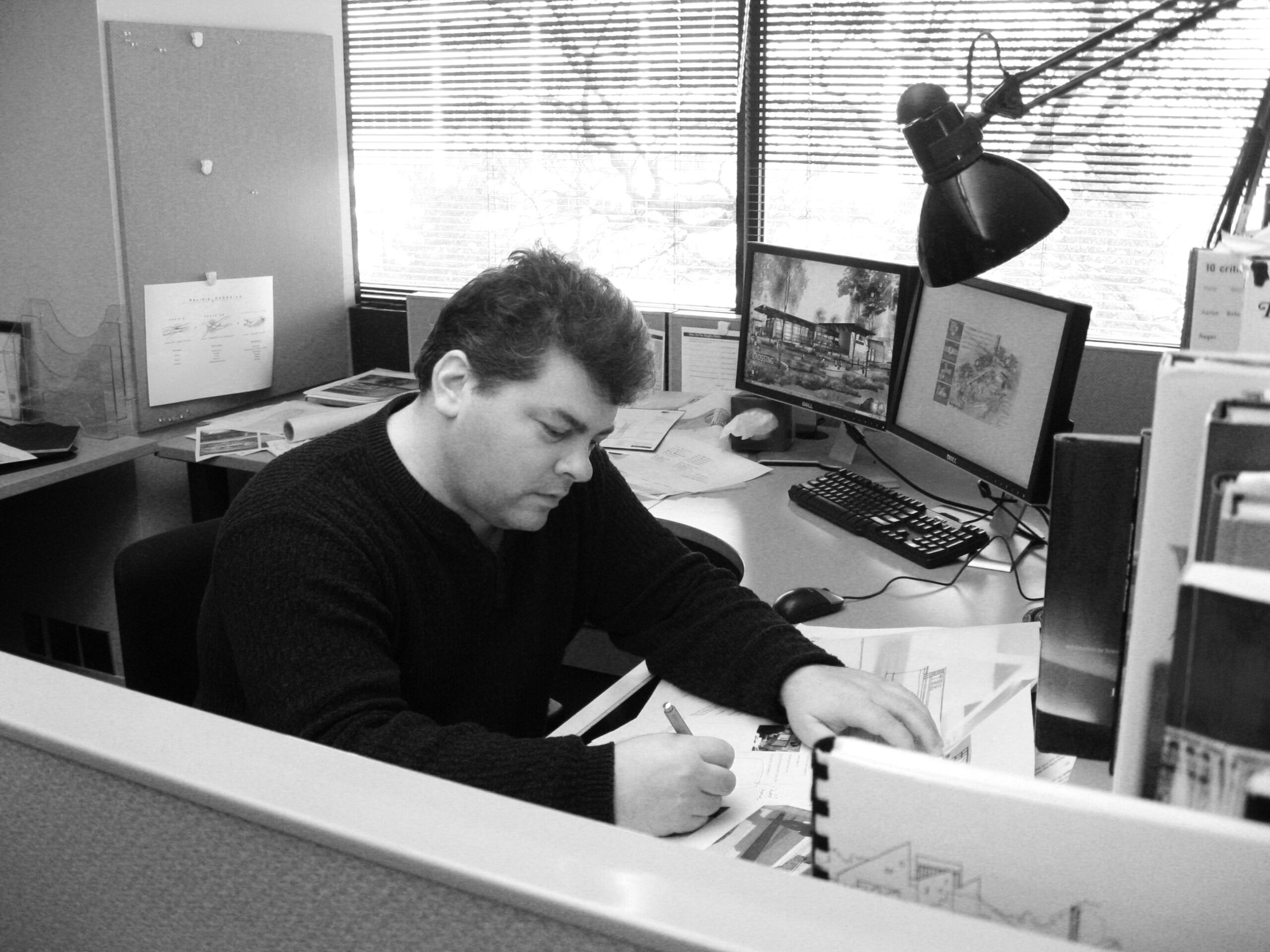 We are excited to announce a new partnership with renowned design architect Rand Harder. Rand has 36 years of national and international experience in large scale planning, design and architecture of retail centers and mixed-use developments.

He began his career with Minoru Yamasaki associates, assisting with schematic designs for King Fahd’s International Airport and the Hawa Shopping Center in Saudi Arabia. Since then, he has taken on ever-increasing responsibility as a design visionary and leader. He is a hands-on designer who works closely with clients and is responsible for leading design, mentoring and guiding teams, and overseeing projects from concept through completion.

“Rand’s immense talents as a designer and architect are evident from the moment we began working with him, but Rand is an even more impressive person. His sense of humor and spirit make him a pleasure to deal with, he is the type of guy you look forward to interacting with on a daily basis. I am consistently blown away by how often Rand gets it “right” the first time and in an incredibly diligent fashion.”

Q: How did your partnership with Progressive AE come about and what excites you about working with our firm?

A: Early in our careers, I worked with Bryan Koehn on a number of pro bono projects concerned with enhancing communities. Our career paths went in different directions, but our design philosophies formed at the University of Michigan were similar and complimentary. I always followed his career and came to admire his work, and more broadly the work of Progressive AE. I especially noted the incredible record of client satisfaction and their expertise in environments like workplace, housing, senior living, food venues and higher learning that are essential foundations to everchanging mixed-use opportunities.

We’ve been building our partnership for almost a year now and I greatly admire Ryan Doherty, who I’ve worked most closely with. While reading the mixed-use business plan for Progressive AE, it felt like a perfect fit for where my career is headed. 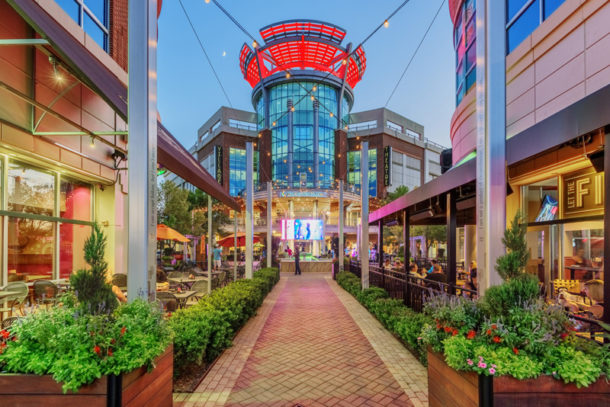 Q: Can you tell us about a favorite project you designed and what made it special or memorable for you?

A: I had a lot of fun designing The Shops at Nanuet in New York state. I was designing with a great friend named Vlad, and our styles were diametrically opposed, which is just what the project needed. The history of the place was it attracted people who wanted to live in the pastoral, sublime Hudson River Valley, while having quick access to the glamour and excitement of Manhattan. At the turn of the last century, many who lived there were in the theater.

Our solution was to contrast two ‘actors’ – what we called the earthy, solid, heavy, “Hudson River Valley artists” (American landscape as the ineffable manifestation of God), and bold, bright, light “Urban Machine of Manhattan” (industrial progress for the betterment of society). Our architecture was the ‘theater’ at which this duality played out. It didn’t matter if the community knew that story, what mattered is it unified the architectural decisions and became a central part of their neighborhood.

I’m going to ‘cheat’ here and add a second project, for which I won the annual Leonard B. Willeke Design Prize at the University of Michigan, changing my life as a designer.

The competition that year was to design a wall in seven days, which I struggled with for five days, not liking the idea of a wall and what it represented. I had been reading in humanities about “the eyes being the windows to the soul” and I decided to design a window instead of a wall–to bring people together in lieu of separating them. I was also reading Teilhard de Chardin (a French philosopher, scientist, and Jesuit priest), and was fascinated with the idea of humankind becoming one being as we advanced in our evolution. Now, I only had two days to build it, with pieces of mirror and window combined.

When you looked through the glass, you saw slices of your face and the person on the other side simultaneously. In essence you were blending each other’s faces into one while looking deeply into each other’s eyes. It was a very intimate object and during the competition’s award presentation, the jurors were very moved. I won a cash award, a New York job offer with one of the jurors, it was published, and it later became a children’s toy in science museums.

image: The Shops at Nanuet 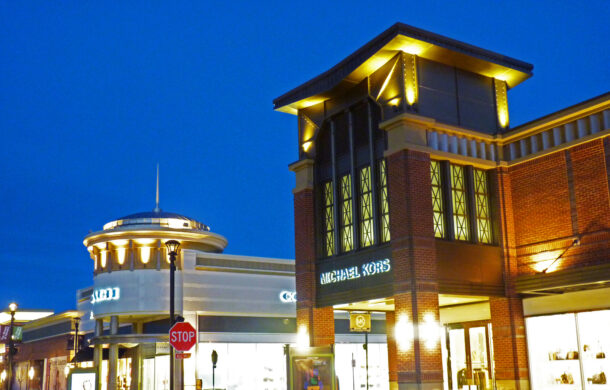 Q: What are some of the design trends you’re noticing in the retail market and what do they mean for both clients and customers?

A: We all know the retail market is constantly evolving. It is important to keep up with trends, like retail as theater, shopping as entertainment, food venues as destinations, and an interactive shopping experience made simpler by the day. COVID has reinforced the importance of a more flexible and universal architecture that can address the changing needs of customers and retail tenants.

Authenticity is also a current trend, but it has always been the foundation of my approach. It supersedes all trends and becomes the basis for integrating with the community when context is expressed. It sets the stage for a unique solution combining current trends with a timeless place that is both familiar and memorable, therefore becoming ‘home’.

Q: Where do you draw inspiration from, either personally or professionally?

A: I recently learned the term “synesthetic,” which occurs when a person experiences one sense through another (for example—hearing a song, but seeing a color), and I believe I have some variation of that kind of sensory thinking. Maybe most designers do. I see everything through an architectural filter—words, music, sunlight flickering through trees. Hobby and profession become blurred and most of what I absorb is connected, like synapses, to problem-solving. The thing that most inspires me is this connectedness to everyone and all of nature. I feel it most when listening to Sigur Ros in the dark or standing at the center of a Louis Kahn building. 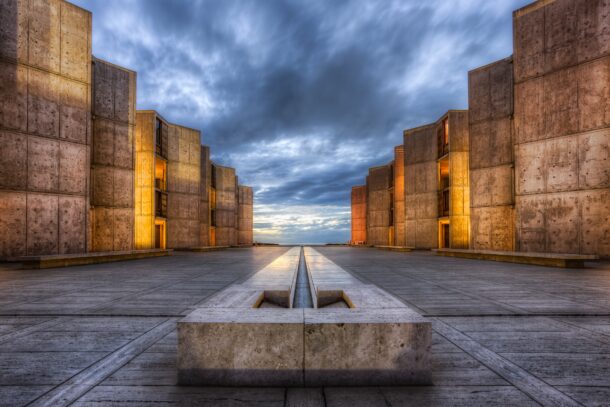 Q: You’ve worked on a number of impressive retail and mixed-use projects all around the world. Tell us about how you approach a new project when you’re designing for a new community you’ve never worked in before?

A: What I’m most proud of is that I’ve been part of seven ICSC design awards at three different companies and each project was unique and diverse. I believe three factors contribute most to that success. First, is a foundational belief in studying a community to find its fingerprint—what makes it unique from all other communities, providing instant authenticity. After that is established, I have no ego regarding the final solution. I prefer sharing problem-solving and solutions with great design partners. That is more gratifying than solely your own design, because the ‘dance’ of two minds bouncing ideas off the other leads to faster and richer solutions. Finally, the parameters of each client are unique.

In summary, deeply understanding the context, a constant for each particular project, while celebrating the variables of the entire team, will lead to a solution that feels like it should always have been there.

Ryan Doherty and Rand Harder will be attending the ICSC+CENTERBUILD Conference on 11/30-12/3. Reach out to us if you’d like to connect!